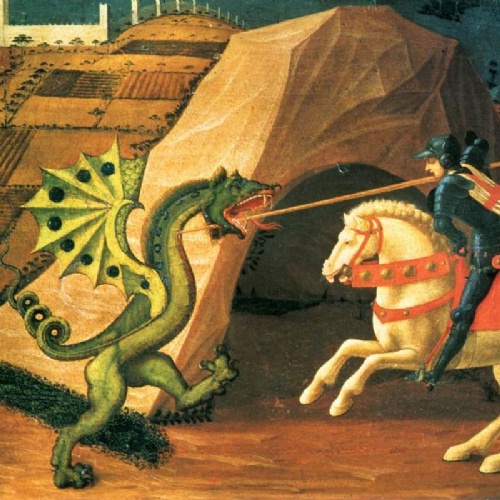 A part of our British Values, the children will be looking at St George's Day.

St George's Day in England remembers St George, England's patron saint. The anniversary of his death, which is on April 23, is seen as England's national day. According to legend, he was a soldier in the Roman army who killed a dragon and saved a princess.

There have been a variety of activities today, such as drama, reading comprehension and listening to stories.