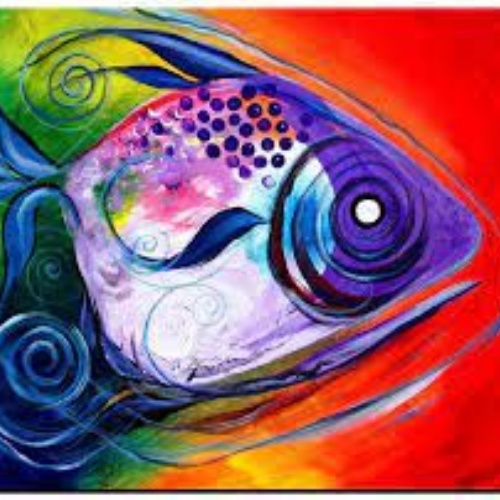 This week in Willows we have been looking at artist J Vincent Scarpace. He is an American artist who creates very bright colourful fish paintings. We started our art projects by looking at his 'ink fish' work where he draws fish using exciting patterns just with a black ink pen.

In Maths we have been learning about measure of weight. We weighed out the ingredients for salt dough. We have used the salt dough to create sculptures of sea creature which we are going to paint in the style of J Vincent Scarpace.

Our literacy work has revolved around a short film called 'The Ugly Sharkling'. It was about a boy called Phil and his best friend called Harry who bumped into a very special shark on a day out. We wrote postcards pretending to be Phil describing our fabulous day when we met a shark called Norman.

We had a special guest in our assembly, a real life soldier. For our Marvelous Middle in our Castle topic we spoke to him via Zoom but we got to meet him in real life. We asked him lots of great questions, told him some jokes and showed him a special dance we have been practising for next half term.