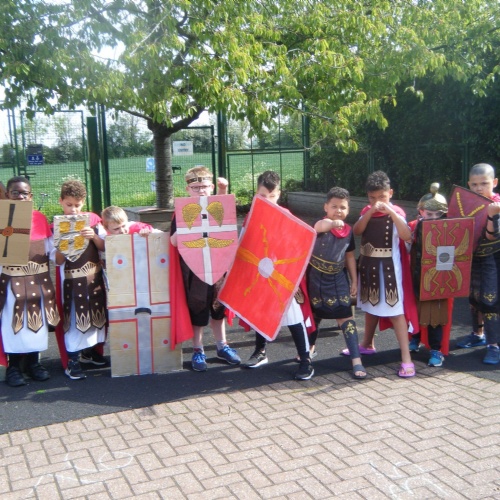 This half term we have been learning about the Romans.

Today, for our Marvelous Middle, we all enjoyed our Roman Day!

We started the day making pictures of different Roman gods, goddesses and soldiers. Next, we had a photo shoot before tucking into a Roman feast of apples, feta cheese, grapes, flat breads, porridge with honey, olives, chicken and dates. We washed it all down with a cup of mead.

In the afternoon we got the clay out again and made Roman oil lamps. The weather was lovely, so we were then able to read stories of Roman gods on the field. We enjoyed some outdoor theatre as we acted out the stories.

We finished off our Roman Day the day making the tortoise shell formation that the Roman centurions used during battle. Our friends used bean bags to try and break into our tight formation.

We had a fab day together and have really enjoyed learning about the Romans. 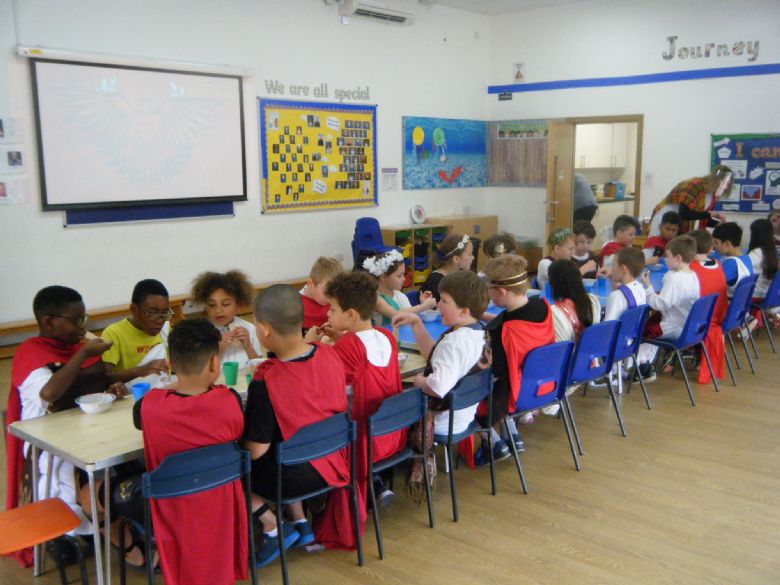